Beijing is aiming to gradually replace its petrol-powered taxis with greener, new engergy vehicles to help reduce air pollution starting from this year.

The plan is contained in a discussion document on preventing and solving air pollution problems in the Beijing-Tianjin-Hebei Region and neighboring provinces, which was issued on February 14, according to National Business Daily.

All petrol-and diesel-powered taxis being taken out of service would need to be replaced by electric or liquid petroleum gas (LPG) powered cars. Any vehicles that taxi companies plan to buy should be electric or other types of new energy cars.

Statistics show that Beijing currently has about 71,000 taxis in total, out of which 67,000 are conventionally powered, the National Business Daily reports.

It is estimated the market size would reach 9 billion yuan (about 1,309 million USD) if all the taxis in Beijing were replaced by electric or natural-gas-powered vehicles, according to National Business Daily.

Experts say once the plans in the discussion document implemented, it will not only contribute to the environment, but stimulate China’s new-energy vehicle industry.

But if the number of new energy vehicles is increased, that cost will go down, say Li Liangjin, CEO of CAOCAO, a Chinese travel service platform. 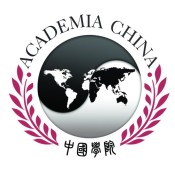 In 2014, Academia China, which is dedicated to promote a harmonious relationship amongst continents, started building a connection between China and Turkey, providing better awareness and understanding about their geopolitical differences, eliminating prejudice along with discrimination, creating a bridge from Far East to European countries and eventually around the globe. To conclude, Academia China serves as a gateway for all nations in the world.

New zone seen as a role model for growth

New zone seen as a role model for growth